show me
the hair.

So you want to see some results?
Check out some of our customer journeys below.

Go on, have a brows (see what we did there?)

show me
the hair.

So you want to see some results?
Check out some of our customer journeys below.

Go on, have a brows (see what we did there?)

I had noticed my hair thinning on the crown and a bald spot about the size of a 50 cent coin. The dermatologist told me that he could help me with cortisone injections, prescription medicine (tablets) and a hair tonic to rub in every day. He said I’d have to be using all three for the rest of my life. If I stopped, the hair would start to fall out again. Not very reassuring and certainly devastating.

In February 2019, I heard about Esther and that she’d had success with natural products, so I decided to give her a visit.  What a difference in her compassion and understanding of my situation. I told her my story and I cried. She reassured me that she could help.

I cannot recommend Esther enough. She has changed my life and my mind about swapping modern medicine for more natural products. 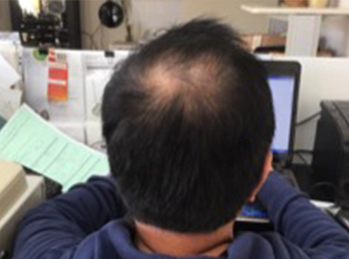 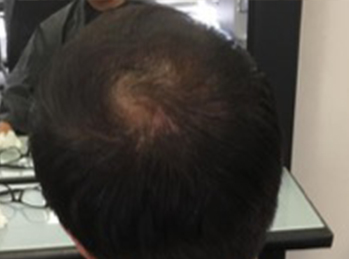 I discovered that I had male pattern baldness in my early forties. I had tried many salons and products from chemists for hair regrowth, but I got no results. It was frustrating. I did see some of my mates try hair transplants, but the process was very complicated, painful and costly. One day, my hairdresser introduced me to Esther CE.

After a few weeks of the Hair Essence application and brushing for circulation, my hair stopped falling out. I was amazed and continued my daily routine. 6 months later and my patch on top got smaller. The product has also changed my hair texture to be glossier and less coarse.

I will always recommend Esther CE products for hair growth to all my family and friends. 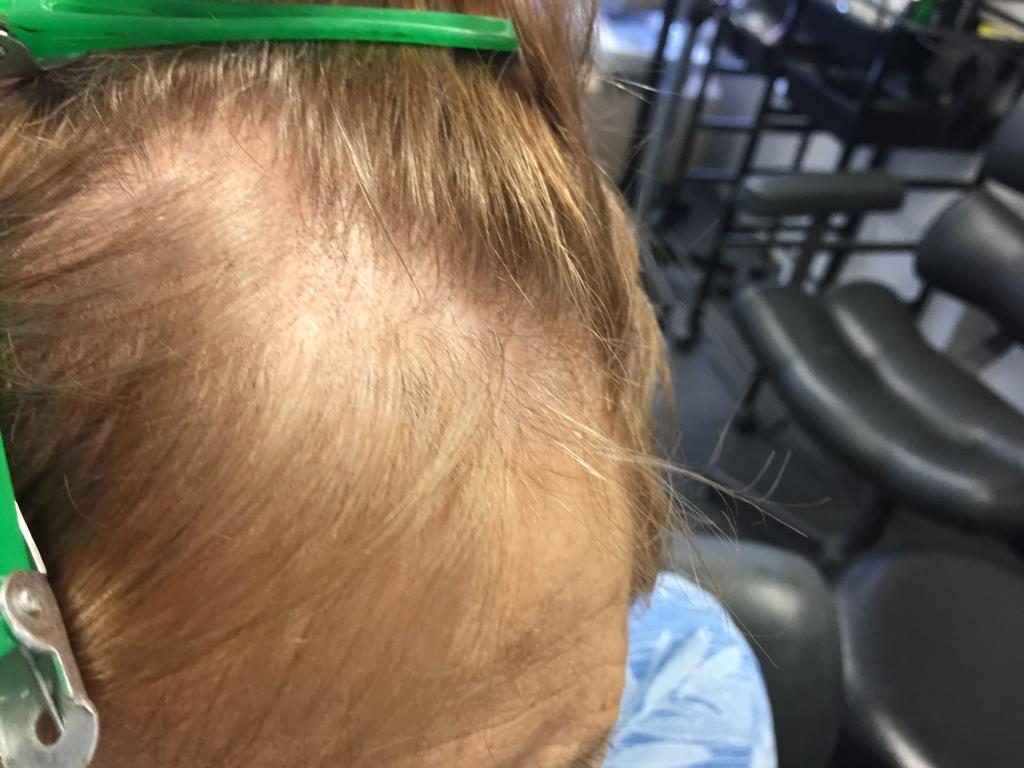 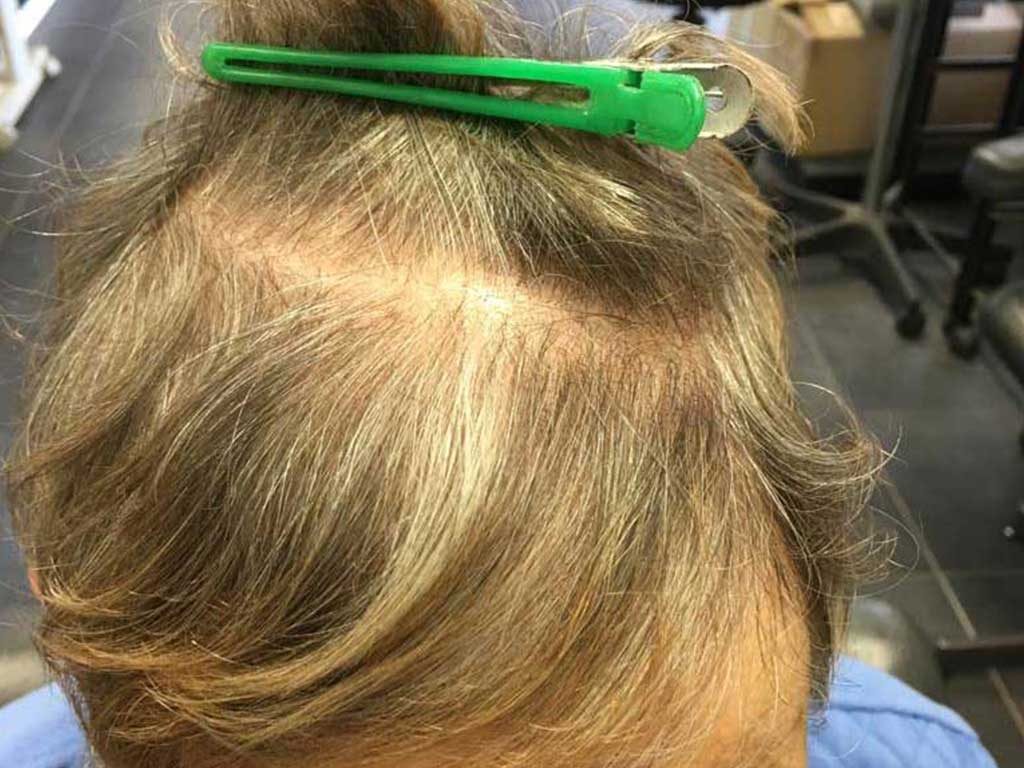 My hair has been thinning for quite awhile. I had issues with medications therefore I stayed away from oral treatments. My daughter referred me to Esther and she got me on topical therapy. I followed the instructions and diligently used Esther CE products for two months and got my hair growing back with no side effects at all! 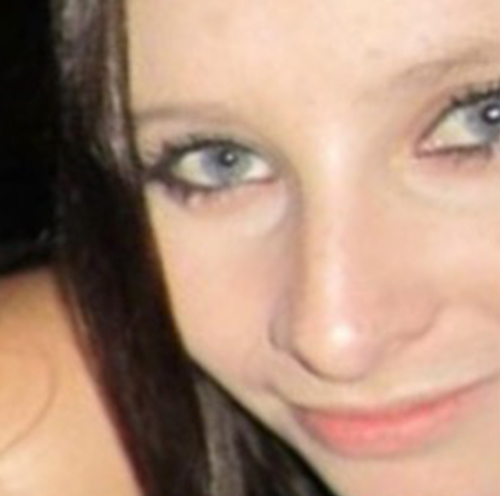 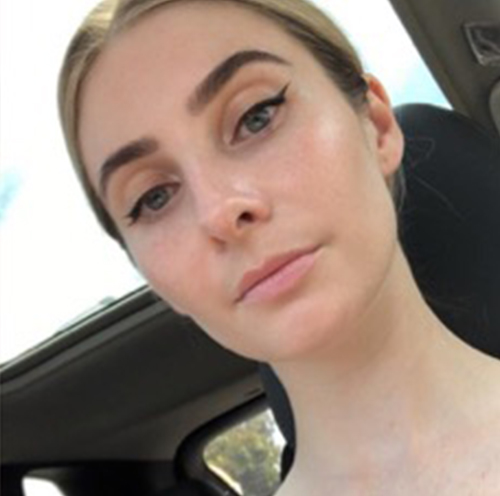 “Esther has given me the most perfect brows I could have hoped for, my only regret is that I didn’t find out about her sooner!”

Although I’d never had much eyebrow hair, to begin with, once I started over plucking them after high school I soon noticed they weren’t really growing back! I felt embarrassed by my attempts to create that ‘perfect, feathery, bushy brow’ look myself. They looked more like two pencil-thin lines, and then they started to look very ‘square’ and colour blocked when I tried to start pencilling them in more. I had virtually no eyebrow hair to really know what my eyebrow shape was and didn’t know what suited my face at all. It was definitely something that bothered me in every photo. After brushing and using the Esther CE Eyebrow Essence serum at home, my eyebrow hair started to become thicker, fluffier, stronger and was less sparse than before. The shape of my eyebrows finally suited my face and they were both finally even/symmetrical!

I feel as though Esther is one of Perth’s best-kept secrets, as she has such a cult following for those who know about her. Esther has given me the most perfect brows I could have hoped for. 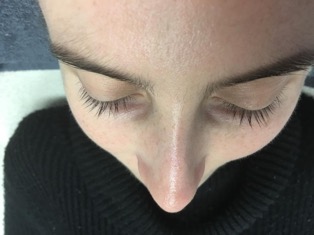 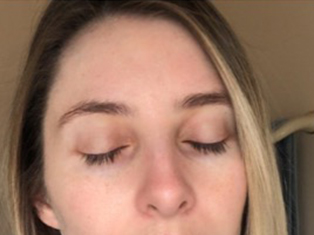 Esther CE’s eyelash serum is a natural and transparent serum that I apply to my lash-line (both upper and lower) before bed each night. In all honesty, I did not expect to receive such incredible results by only using a single product to enhance my lashes. I am now able to flaunt my natural lashes and have received many compliments about how they were not falsies or extensions! Also, I have noticed significantly less fallouts when I remove my mascara at the end of the day – this showed that my lashes have also gotten stronger, and this made me so happy because I am now losing less lashes than before.

We want to hear your Esther CE story. Get in touch and we’ll feature you!

a gift from Esther.